It’s a fantastic toy and we have boxes of the stuff. For his ninth birthday, he received from Grandpa, a set for a bright orange Corvette with black stripes down the side. The recommended age for this was 12 to 14 years. Byron was ecstatic to be trusted with such a momentous challenge.

He set to work. He spent days working on it, building it in stages. Finally he put the last pieces in and set his car in motion. When it rolled, the pistons were supposed to go up and down. But alas, no pistons were pumping. He descended into tears of frustration. He set it aside for a few days, before coming back at it with renewed vigour. He pulled it apart almost to the beginning, and started building it again.

This time around, the pistons pumped. 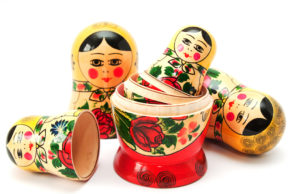 Leadership, culture and strategy are the three critical elements that connect the activities of people across the whole of your organisation. They are the organising principles that determine what people work on and how they work together to achieve the potential of your business.

Each of these are systems themselves. There are ways of demonstrating leadership, ways of creating culture, and ways of creating and executing strategy that lead to better or worse outcomes. Leadership, Culture & Strategy can be described as systems of performance that determine the overall effectiveness of how the parts of your business interact in the creation of your service or product.

When these systems are consciously designed into your organisation they create the conditions for people and teams to work at peak performance (or their performance edge).

This is because the nature of your organisational system directly impacts where people focus their energy and the impacts of their efforts. This idea lies at the very heart of organisation dynamics. The more interconnected the sub-systems are, the stronger your market performance will be.

The following table summarises how the nature of the organisational system influences the direction of our energy and effort.

In disconnected and disjointed systems, people will waste effort and energy on self-protection instead of getting on with the task. The self – your needs, your wants, your own security – becomes the focal point of energy. Organisations with disconnected or disjointed systems deliver sub-average market performance.

The goal of every CEO, Founder or senior leader should be to optimise the conditions that enable their people to achieve their full potential. To do this, you need to focus on your systems of performance to take your organisation from operating in disconnected ways; to operating in integrated ways.

If you want to know how – look out for my book – available from 30th October.